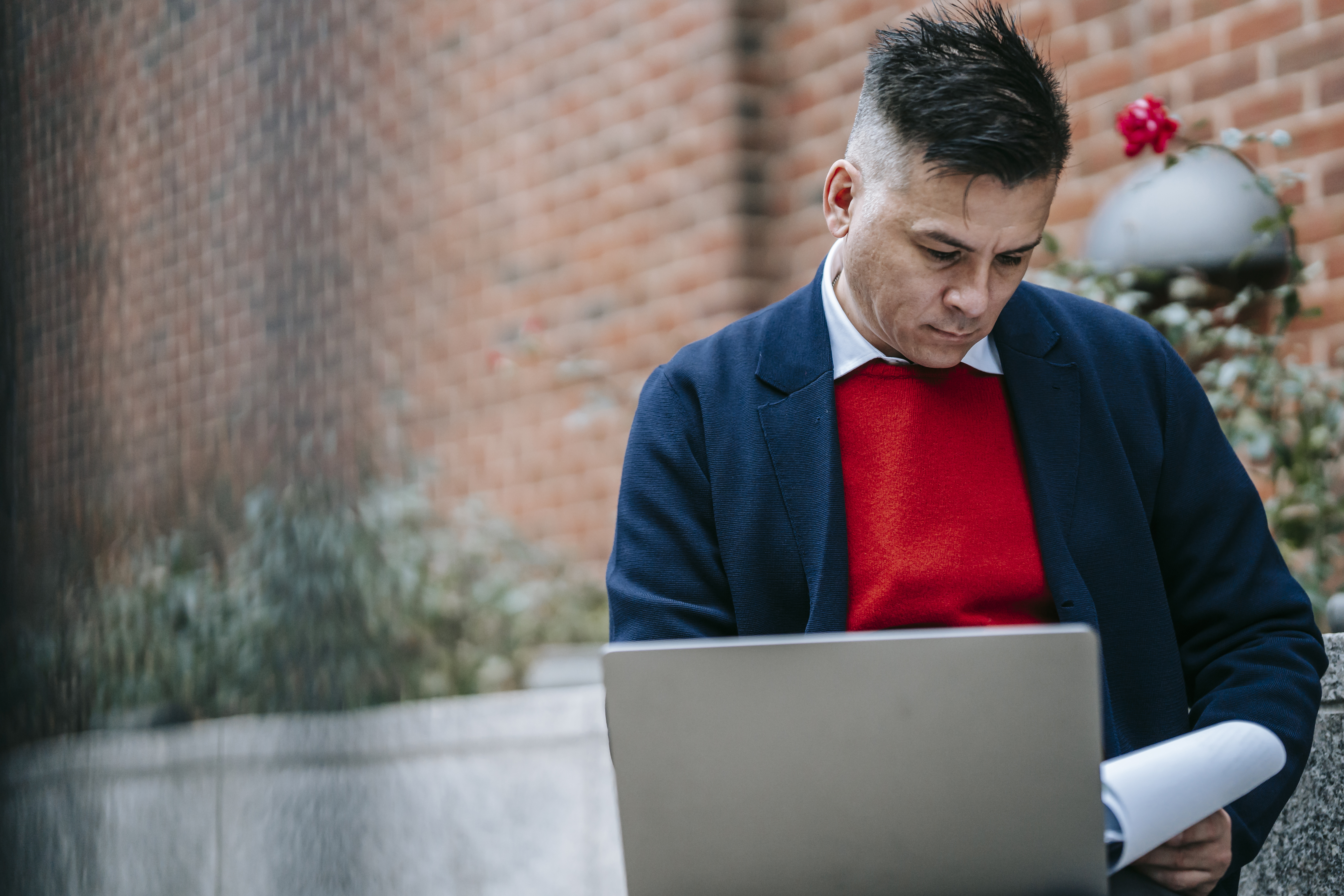 I’ve been selling ads for the famous military yearbook, West Point Bugle Notes, for at least 16 years (that’s since 1995 or earlier). Selling ads for this publication has been a thorn in my side since I first took the job and, until this year, has been a source of annual dread. This is because there are a number of hurdles to overcome that rarely exist for other types of ad sales. First, the book measures just 2.5″ wide by 4″ tall, a hardcover paperback. In addition to being given to the class of cadets who enter West Point each year, it is sold in the bookstore to tourists or history buffs for around $40 each. At over 300 pages, it is nicknamed the “Plebeian Bible” or “Book of Knowledge” because it contains vital information that cadets must memorize in order to graduate and has been published every year for this purpose for over a century. Only 16 pages are allowed for ad sales on a first-come, first-served basis, and are grouped in the back of the book in black and white, although color is used elsewhere in the book. With approximately 4,400 cadets within the student body or “Corps of Cadets”, Bugle Notes plays a critical role in the success of every prospective soldier enrolled at West Point; hence its small size and substantial construction. This book is viewed hundreds of times at every opportunity during a cadet’s residency at West Point to allow ample exposure to absorb its content. While most of the information is serious or historical, there are parts that could be described as entertaining. Advertisers would like to think that their ads provide some “relief” as well.

Unlike ads sold to accompany editorial material in a consumer magazine, for example, ads appearing in Bugle Notes accompany text about West Point’s mission; Code of conduct; famous speeches; role of sport; basic, individual and tactical skills and values; buildings; points of reference; ranks, medals and insignia; academic; history; tradition; songs; Health; label; and other essential military information. Since its founding in 1802, West Point has been an integral part of American history with famous leaders including Generals Ulysses S. Grant, Robert E. Lee, John J. Pershing, Douglas A. MacArthur, Dwight D. Eisenhower, George S. Patton, Norman Schwarzkopf and David Petraeus among its more than 67,000 graduates. It takes a special kind of person to appreciate the privilege of having your ad appear with that company.

According to the United States Military Academy website, “Nearly 3 million people visit West Point each year,” including family and friends of West Point cadets and alumni, guided tours for seniors age, school groups, and American and international tourists from around the world. . This website also claims that West Point is one of the top three tourist attractions in the state, according to the New York State Department of Tourism. With those kinds of stats and interest in West Point, it’s no wonder Bugle Notes sells out of the bookstore every year.

While Bugle Notes is considered to be more than an encyclopedia that requires memorization, given the widespread belief among alumni that its wealth of valuable information provides a proud legacy with which to face life in any situation, it is generally not Consider it a vehicle of clarity. reduce value for local advertisers. Until you point out that parents and other visitors will need lodging, dining, shopping, and excursion suggestions during their many trips to attend a multitude of annual events, soccer games, or just the chance to see their children, the revered Bugle Notes from Suddenly it becomes a coveted advertising support with a clear target and great value. A full page sells for just $350 for the entire year and can communicate an advertiser’s message repeatedly with lasting effect.

What I find unsettling is that the local market for advertising potential is one of very small businesses struggling in a depleted economy, making a living at best. However, these same companies express gratitude for the steady stream of customers seeking their services due to their proximity to West Point and, as a result, see the merits of advertising in Bugle Notes, despite its relatively “high” cost. .

Years ago, there were national-level advertisers who were also looking to reach this same market with inspirational content messages. However, the economic crisis has affected the availability of funds for such peripheral means and lofty goals. These advertisers were often representatives of government or national defense agencies and sought to shape the psyche of tomorrow’s military leaders through a book so unique and important to a cadet’s future.

With that said, I mentioned earlier that until this year, this annual project was a year of dread. What changed this year? My approach! Sixteen years ago, as well as just a few years ago, my Bugle Notes ad market was only accessible through personal visits, mailed letters, or phone calls.

He hated interrupting these entrepreneurs with phone calls that only served to annoy them. Most postcards or mailed marketing letters went unanswered except for a few renewals, and personal visits were a huge investment of time and travel for me and were rarely more than a source of evidence for those I visited. But those were the ropes and I learned them well.

This yearly fear became such a problem for me that I decided to disclose my source of anxiety about doing this job to management at West Point several years ago. Clearly aware that it would be difficult for anyone to sell this product in such an economy, they practically begged me to continue temporarily until they could find a replacement. More years went by where I was somehow not contacted for this task until very late, and therefore more forgiving of my efforts if I only kept those who could renew. I aspired to do as good a job as possible under the constraints of limited time and even more limited funds. Until this year!

I received a contract extension from West Point last fall that clearly alerted me to the fact that they expected me to get the job done on time this year, which I usually start in January. Rather than dread the work, I decided to put together an exciting website and equally engaging email presentation that I could post to a mailing list that I would research myself and create with personalized marketing messages. If the emails reached anyone capable of making a decision, they could click through to visit the website and buy an ad online without having to speak to me. Of course, I also gave them extensive contact information.

I was understandably apprehensive about marketing this opportunity via email, as it is a well-known fact that much email is rejected for fear of infection by computer viruses, or worse, because it never reaches a viable candidate like result of ubiquitous spam. filters And, since it slowly evolved into the high-tech age, the local market of advertisers had never before been reached by computer. Not to mention, marketing a print advertising vehicle through email was a bit unorthodox, no matter how unique the book was!

However, one night after sending about fifty specific emails, I received a payment notification from PayPal! Someone had purchased a full page ad and notified me that the artwork would follow. I was so excited that everything worked out just as I had envisioned! Shortly after, another advertisement appeared with the payment. I then received several emails asking me questions that I was able to answer via email, which also resulted in more sales. Several people called me with questions or difficulty with the payment. All questions were easily answered and all payments were successfully received.

When the sale period finally ended on April 1st, my total number of ads was more than triple what I had managed to sell during each of the last few years through traditional marketing. And this is bad economics! Ironically, only a couple were renewals with the balance of all new advertisers. I considered it a huge success, as was West Point.

What cadets and their families probably don’t realize, however, is that every word within such a small ad has been scrutinized to try to convey an effective message that prompts them to respond in some way. Without that response, advertisers will be discouraged from repeat engagement and support in future years. To my frustration, I have no way of communicating this concern to recipients of Bugle Notes, other than to hope that some may read this article. And, those who read the Clarín Notes would be expected to feel no qualms about responding to any advertising, regardless of purity of intent or special efforts to craft appropriate messages.

If only they could appreciate the true spirit in which advertisers invest in this medium, sympathetic to how congested the West Point region becomes with the constant influx of tourists. In the hope that out-of-town parents and visitors are aware of the quality lodging available near West Point, several listings are for charming bed and breakfasts located in picturesque and historic locations, while others are for excellent and unique dining options. . With the new world-class tourist destination so close to West Point, several Poughkeepsie, New York advertisers hoped to present excellent dining and entertainment options for those who venture out on a day trip to Walkway Over the Hudson. And, with this Hudson Valley region so rich in history, there are ads promoting river boat tours and nearby historic sites for interesting outings to delight any visitor.

Since I’ve worked individually with most advertisers to create distinctive ad presentations, I naturally expect each advertiser to experience some success through our efforts. While I am unable to personally distribute each book to its intended recipient, which is when the cadets arrive in mid-summer, I have since decided to try to help these advertisers by going the extra mile: posting the entire ad group online as of book with links to their websites in case someone discovers them through an online search for West Point Bugle Notes advertisers.

Whether next year’s marketing of West Point Bugle Notes will consist of renewals from this year’s entrants, more newly discovered advertisers, or both, is a chapter reserved for future reading. What I am sure of, however, is that those who own a copy of the Bugler Notes will devour its contents, honor its power, respect its history, and appreciate its meaning to life…a tangible symbol of time spent in West Point, dear to the heart and etched in memory… until death do us part.