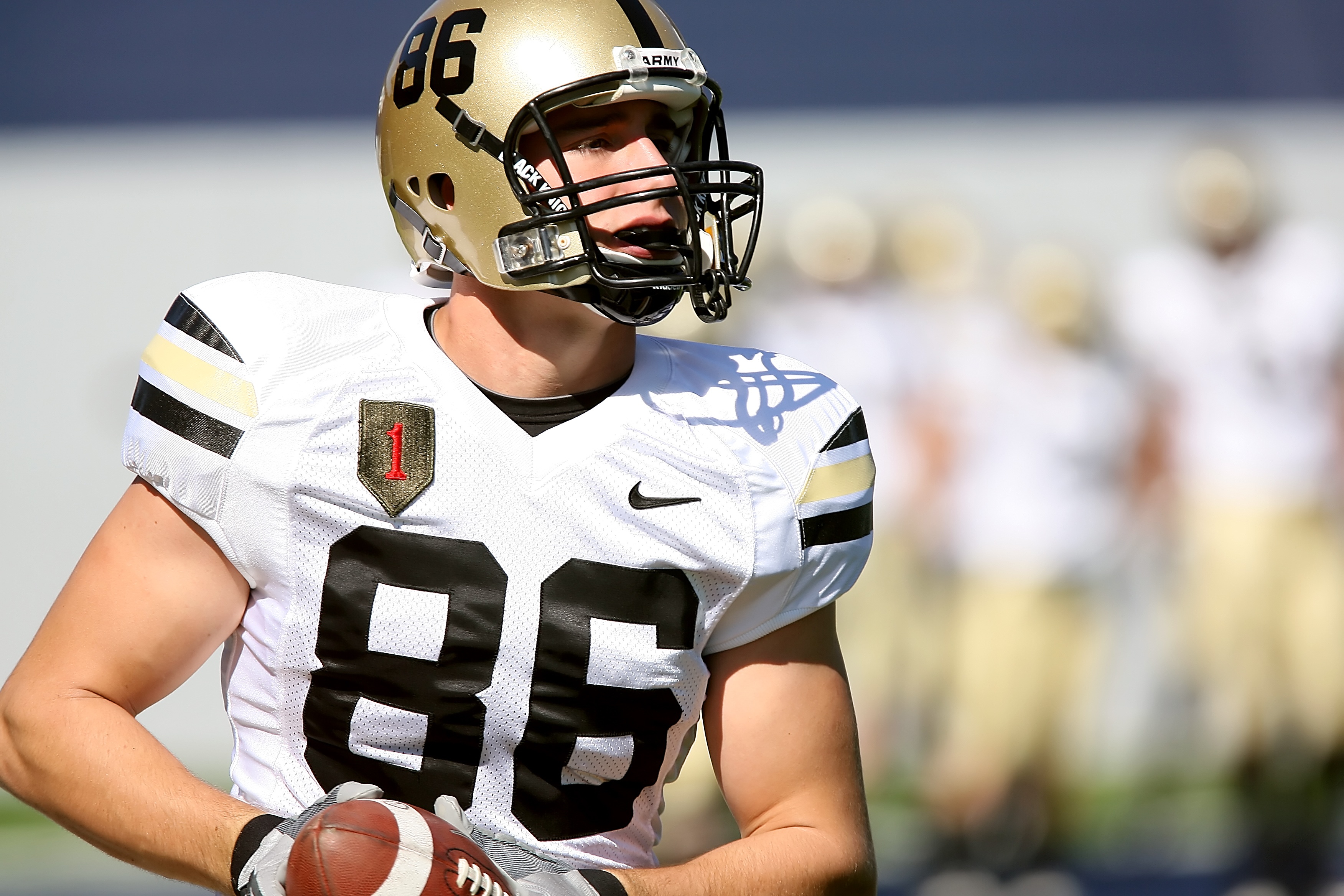 Leadership is based on two words, “pressure and support” and that leadership is the power to influence people to move in a direction that you believe in your heart is a good direction for most people” ( Fennell, 1999, p.267) Adams and Yoder noted that “evidence from contemporary studies of gender roles and leadership indicates that men and women, with similar education, career aspirations, and training, score substantially identically on measures of psychological masculinity and femininity.” Good leadership can be found between people of both sexes.

What makes a leader is a complex question. It includes factors from the environment in which an individual grew up, their family situation, and their personality traits. . The following discussion is a summary of my own observations plus some of the conclusions of others.

According to an overview of research conducted by me, women are a rapidly growing segment of the business community worldwide. The leadership characteristics required to succeed in this new reality are largely “feminine characteristics.” These features include:

2) Ability to balance work and family (most are married)

5) Well educated with high skills in management and entrepreneurship.

6) Integration of personnel and profession

11) View communication and conflict resolution as key to organizational success

12) Men and women tend to lead in different ways, that is, women’s leadership strategy is based on the family pattern. This means that

women tend to view problem solving differently than men. Women tend to be more holistic in their thinking.

13) Leaders must be aware of what others perceive and develop strategies that are proactive to achieve success. Marcano (1997) described this as “knowing yourself” and further stated that it is important to be honest and objective when evaluating your strengths and abilities as well as your goals.

15) Leaders must have a clear sense of their own vision and beliefs.

I presented the latest research results related to women leaders and their position in the business world, that is, how people (split by gender, age and level of education) see women leaders and whether they trust them. My scientific task was to draw some conclusions and point out some special features of Serbia and the Balkan region. We can see different opinions related to our questions:

Do you trust women leaders? Could they be as successful in the business world as men?

o The people interviewed were between 18 and 60 years old

o In the entire structure of respondents, 30% were owners

o Some key findings are listed below:

o Barriers to women’s advancement in business are remarkably similar in the Balkan region and in Serbia’s largest cities: Belgrade, Novi Sad and Nis.

o The women surveyed trust women leaders (63%) and most of them prefer to work in a firm where there is a female leader or executive manager, they also think that women want to reach the top, and are equally ambitious as men .

o The majority of respondents (60%) say that corporate culture is the most important barrier for women to reach senior executive positions, while only twenty-nine percent (29%) think that work/family balance is a barrier important for advancement and 36% believe that a lack of self-promotion prevents women from reaching senior positions

o Most of the men in the research had a negative attitude towards female executives. In other words, they expressed stereotypes and preconceived ideas about the roles and abilities of women in business. Men emphasize that women lack general management experience, lack of skills and knowledge, and lack of role models.

Respondents among men almost gave similar answers related to our questions as follows:

1. We are here in the Balkans and we defend the traditional model of society

2. Women have been fighting for equal rights for almost as long and now that they have it they expect special treatment because they are women.

3. I don’t trust women in business and I don’t take them seriously.

4. I am afraid of those women.

5. I hate the feminist community and culture.

6. Women should stay at home and be leaders in their families but not in business. The position of leader in business is reserved for men.

It is very interesting that a large number of men do not differentiate between women leaders and feminist women, who are not very popular in this region. And about 20% of the women surveyed in the research share the aforementioned opinion with men.

About 10% of the men surveyed fear the domination of women in the business world, because it could change the natural balance between women and men and diminish the traditional role of men in society and the family. Therefore, they would not like the domination of business women. in the 21st century.

It is also very indicative that among young women (18-35) there is a great interest in leadership and entrepreneurship and more than before they explore opportunities to achieve their professional goals. That is, they expressed their opinion with the following words:

1. Women owners and leaders have a harder time because they are women and no one will take them seriously so they have to push and make themselves known to the world and let the world see their capabilities, while male owners don’t have to . worrying about the struggle to fit in and trying to live and work up to standard societies because since they are men, they already have the macho man persona and alter-ego that men have.

2. Women have to fight harder and be stronger if they want to live and work in a man’s world you have to adapt to the environment don’t expect a man to be a gentleman and open the door for you don’t expect him to do anything out of the ordinary thing a man would do for a woman because, in a sense, he should be treated like his peers and not expect anything different. To fit in with men, in a certain sense you have to think, work and act like them, that is, don’t think that they will treat you like the woman you are. You have to be strong, not every man you meet will treat you like this, but to show your strengths you should expect this.

3. It is extremely obvious that women have come a long way as successful professionals. Life in the workplace has become much more diversified as more women have made their presence felt in many industries and professions. The female workforce has expanded exponentially and is therefore of extreme importance in the professional world. Whether they like it or not, men have to accept, once and for all, that women are climbing the corporate ladder confidently and at full speed.

4. Women used to be much more “quiet and passive” in the workplace due to the relatively small number of female employees compared to men. Women today, on the other hand, have begun to assume their positions using all the powers of intelligence and organization that God has given them. Warren Farrell, author of Why Men Are the Way They Are, explains that men are jealous of the “beauty power” that allows women to get certain things based on their physical assets. Perhaps women are less likely to use their beauty, and more likely than men to judge them based on their physical beauty.

5. The reasons people start and run women-to-women businesses is to attract and target a predominantly female clientele. Most of the time, women start businesses that deal in products that are used by women, such as clothing, makeup, and household products. The most successful companies run by women are those that use the special skills of women. These special skills are style, fiscal sense, and public relations. Their strengths as business owners are their public relations and the clientele they attract. There is a weakness as businessmen is the overcoming of the sexism that exists. The biggest fear is finding a clientele doing business with a woman. I think these men feel this way because they are insecure.

6. I just think women got even smarter. Speaking from a personal point of view, I know that being happy and successful is very important to me. They go hand in hand. Most women I know feel the same way. I think that as the years go by, women will participate in an even larger part of the economy, because young women will follow their female role models.

7. Personally, I think some highly skilled positions are better suited to women because men have huge ego issues.

8. Personally, I believe that women can do what men do better. There has always been a glass ceiling for women in the workforce, however many women are approaching this ceiling and some of them have at least tried to break through this ceiling. the reason many people think that women are not capable of being in the workforce is because of the connotation that has been here forever, “women should stay home and take care of the home.”

9. We need to stop complaining about how much work we have or how hard it is and just get it done. The more we complain about work, the more the man is going to say that things should go back to the way they were before, that it was The man works and when he comes home they treat him like gold. and special while we tleign we are worth nothing. The woman cannot go to work because she needs to stay home with the children and cook and clean the house. I’m glad I live in this century because I honestly don’t know how I could have lived up to those expectations.

We can finally conclude that women are now much more motivated and ready to pursue their professional dreams and be leaders, not only in Serbia and the Balkan region, but all over the world than before. Until recently, entrepreneurship was considered by many to be the last bastion of male dominance in the business world. This is not true. Today, women start more businesses than men. However, there are still many men who do not believe that women should be in these positions and do not have any respect for them. As time goes on, women are going to be a bigger and bigger part of the business world, and these men are going to have to accept that and face a reality check, because no matter what they feel and how much they are against. , the world is changing and it will happen regardless of how you feel.